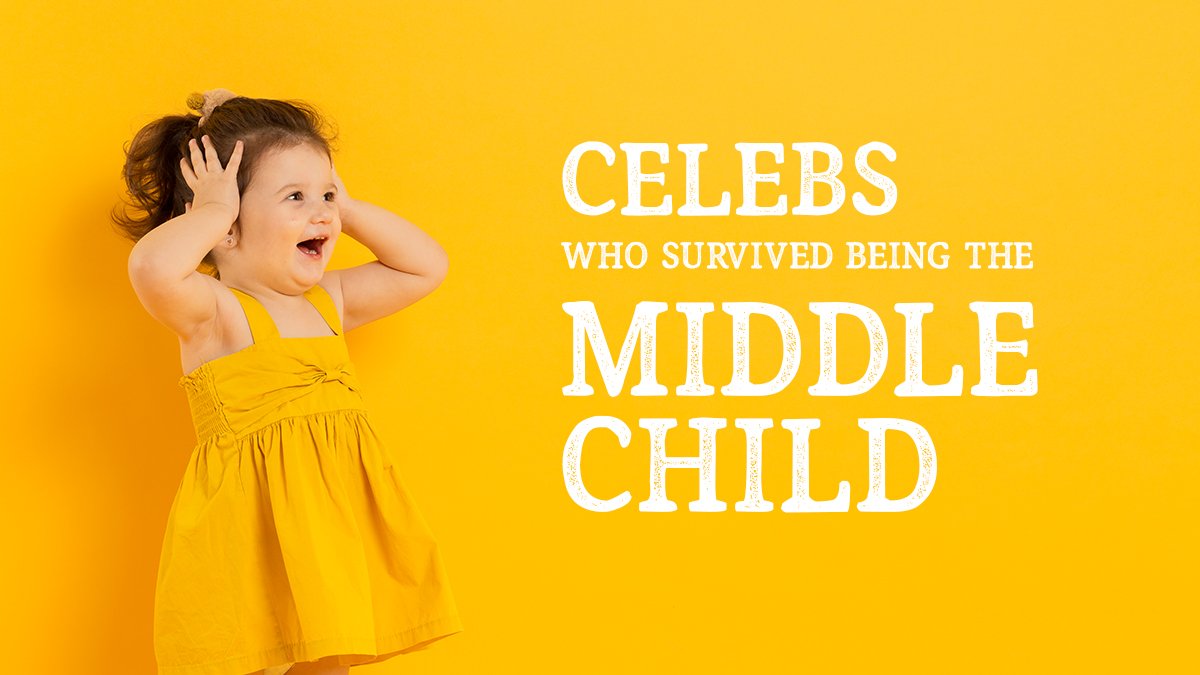 Celebs Who Survived Being The Middle Child

Psychologist Alfred Adler once revealed that the behavior and personality of children are affected by birth order. Adler was particularly fascinated by the middle child, who he attributed a turbulent childhood, which irreversibly hampers their personalities. Adler was dead wrong, as proven by the amazing success stories of celebs who survived being the middle child.

These celebrities are living testament that middle children can become whoever they want, whenever they want and, however, they want.

Anne Hathaway gained her breakout role as the geeky unsuspecting heir to a fictional kingdom in ‘’The Princess Diaries”. While Hathaway’s famous character Mia Thermopolis is an only child, the star has two brothers in reality – older brother Michael, and the younger Thomas.

Hathaway seems to share a candid and healthy bond with her siblings. In one interview with Hollywood Reporter, the star commented on her buzz cut for the film Les Mis that “she looked like her gay brother.”

When Hathaway’s brother came out in his teenage years, the actress and her family decided to leave the Catholic church due to their staunch views on the gay community. This is a touching example of going through thick and thin.

It was revealed in Thor Ragnarok that Chris Hemsworth’s titular character had a secret elder sister, thereby stripping him of his firstborn status. Unlike his superhero persona, Hemsworth is no stranger to being the middle born.

Chris and his brothers Luke and Craig grew up in Melbourne Australia and spent a great deal of time bonding through their shared interest for surfing. While there was some rather violent sibling rivalry between Chris and Luke (the youngest) during childhood years, the pair eventually grew closer later in life.

All three Hemsworth brothers have gone on to Hollywood, becoming stars in their own right.  However, Chris might very well be the most recognizable, thanks to his tenure in the MCU universe as the God of thunder.

Jenny from the block grew up to become one of the most successful singers in modern history. But she did not grow up alone. J Lo spent her childhood in New York with elder sister Leslie, and the younger Lynda. The sisters remain extremely close up to this day. J Lo has been described by her siblings as being a goofball and ringleader.

J Lo has accrued a plethora of accolades, which include the Billboard Award, Teen Choice Award, and MTV Music Video Award. The superstar continues to inspire legions of female fans through her illustrious career while representing the Latina community with pride.

The British thespian most famous for his role as Marvel Universe’’s Loki has two sisters, the older Sarah, and Emma, the baby of the family. Hiddleston shared that his sisters shaped the way he understands women. They may have been pretty impressive mentors, considering how their brother turned out to be quite the heartthrob.

Both of Hiddleston’s sisters are also involved in the media, with Sarah as a journalist, and Emma as an actress. The Marvel star told Hello! Magazine, “ “I like to think that through growing up with my sisters I have a sense of who women are, of their needs, their diversity and all those lovely things.”

Tom Hiddleston was Glamour Magazine’s Man of the year in 2012 and has gone on to bag some achievements for his outstanding contributions to film.

The one-time princess of pop grew up with younger sister Jamie Lynn, and elder brother Bryan. It has been proven that the spears siblings make it a point to stay united despite the obstacles placed before them. The elder spears sibling is an American film producer, who has remained a beloved supporter of his sisters in every phase of their lives – despite shying away from the spotlight.

On the other hand, the unbreakable bond between the sisters have been made public throughout the years. In 2012, Jamie Lynn famously performed the song “I Look up to you”. in homage to her favorite singer of all time – her very own sister.

The Spears sisters continue to maintain extremely close ties. Britney was spotted on social media last year posting a Spartan race challenge with sister Jamie Lynn, where the siblings were mockingly bickering about the starting point of the race. The siblings were also seen dancing together in a TickTock video with Jamie Lynn’s children to the tune of Britney’s popular hit “Toxic”.

The Middleton surname fits like a glove for Pipa, who happens to be the middle child of the family. Pipa’s elder sister is none other than Catherine Middleton, the Dutchess of Cambridge, while younger brother James Middleton is an entrepreneur who founded personalized gift company Boomf, back in 2013.

Pipa is a popular socialite, author, and fashion icon, who stands out as her own personality. She is certainly no royal second when it comes down to managing her life.

It has been reported that the Middleton siblings stayed strongly united in their efforts to cope with the newfound fame from Kate’s marriage into the royal family. The trio was brought up in a close-knit setting, where they were encouraged to do everything as a family. As far as the “disconnection” in Middle Child Syndrome goes, it was James Middleton who felt that he was always living in the shadows of his sisters. He has since come to terms with his varying lifestyle.

The Strength of Family

Middle Child Syndrome is known to be restrictive, but celebrities have proven that strong families overcome everything together. In fact, many successful individuals have gone on to achieve great things because of the support and love that they have received from their siblings.

The Middle Child has the potential to become a superstar – and it isn’t merely a figure of speech.